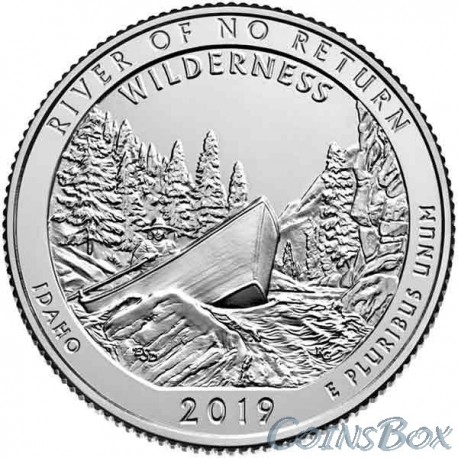 Frank Church (1924–1984) - American lawyer, Democrat politician, Senator from Idaho in 1957–1981; in 1976, he was a candidate for president. Church was a key figure in American foreign policy during the 1970s and served as chairman of the Committee on Foreign Relations from 1979 to 1981. He defended many projects aimed at eliminating environmental issues and protecting wildlife. As a sign of respect and gratitude for serving the people the week before Church’s death, Congress decided to name the reserve as his name.

Frank Church Nature Reserve - a gigantic area that includes 6 national forests (mostly coniferous)
with rivers, lakes and mountain ranges and the tiny territory on which the administration of the reserve is located - the Bureau of Land Management. The Salmon River flows through the reserve, which is popularly known as the River of No Return.

The size of the reserve contributes to the existence of a number of completely deaf territories in it. There are many species of mammals, including rare and endangered species: a large population of black bears (baribals), lynx, coyote, red fox; wild herds of thick-billed sheep, snow goats, moose, black-tailed and white-tailed deer are found.

Back in 1931, the National Forest Service declared a protected area of ​​4,400 km² of forests in central Idaho, then the reserve was restructured.

In 1964, Frank Church put a lot of effort into protecting the wilderness and secured the adoption of the Wilderness Act. Thanks to him, about 36,000 km² of unique US natural landscapes have been preserved. In 1968, Frank Church proposed a similar law regarding water resources, in particular rivers. One of the provisions of this law was the proposal to preserve the Irreversible River "for the benefit and pleasure of present and future generations."

In 1980, in Idaho, on the basis of several protected areas, a huge single reserve was created.

Two-thirds of Idaho is forested.

Reverse: In the center of the coin field there is a man in a boat conquering the Irreversible River. On the left edge of the coin the name of the state in which the park is located is minted: "IDAHO" (Idaho), on the right - the US motto: "E PLURIBUS UNUM". The name of the national park is minted in a semicircle: "RIVER OF NO RETURN" (Irreversible river). Below is the inscription: "WILDERNESS" (Wilderness). At the bottom of the coin is indicated the year of minting: "2019".