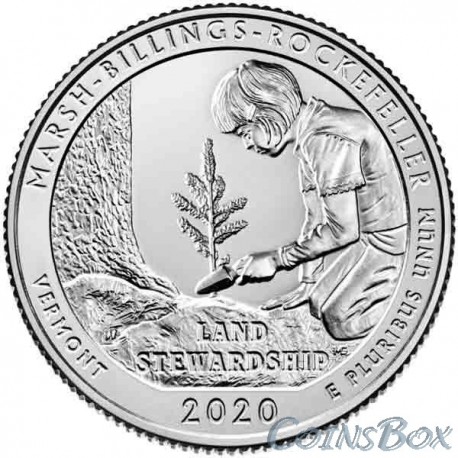 The Rockefellers are a large American family of industrialists, bankers and politicians, which traces its origin to the oil magnates and billionaires John Davison Rockefeller (1839-1937) and his younger brother William Avery Rockefeller Jr. (1841-1922), who founded the Standard Oil Company. ... The Rockefeller family owned one of the world's largest private fortunes in the oil business in the late 19th and early 20th centuries. and has made a large and varied contribution to the development of American culture. In particular, the Rockefellers have always been interested in environmental protection, and thanks to their money and efforts, more than twenty national parks and open protected areas have been created in different areas of the United States.

The historic park grounds were once the home of George Perkins Marsh (1801–1882), a diplomat, philologist, and one of the earliest defenders of American nature. In 1864, he wrote the book Man and Nature, one of the world's first works on ecology. Marsh argued that deforestation could lead to land desertification. As an example, he considered the territories of the Mediterranean, which were once fertile lands, and then underwent "devastation, almost as complete as the surface of the moon."

In 1869, the Marsh estate was bought by lawyer and financier Frederick Billings, another important character in the history of the formation of the American struggle for the preservation of natural resources. Billings read Marsh's book and took it as a guide to action. He began, and his heirs continued to buy up the surrounding farms and plant trees in the areas where they had once been cut down.

The estate was later owned by Lawrence Spelman Rockefeller (1910-2004), who was named in 1967 "America's leading conservationist." He has served on dozens of federal, state and local commissions and has served as an environmental advisor to all presidents since Dwight D. Eisenhower. Lawrence Rockefeller founded the American Conservation Association and has supported many other environmental organizations. In 1992, Rockefeller and his wife Mary donated their estate in Vermont to the National Park Service. This is how Marsh-Billings-Rockefeller National Historical Park was created.

The park's official website says: “Walk one of the most beautiful places in Vermont under the shade of 400-year-old sugar maples and hemlock, over covered bridges and next to stone walls. Loss, recovery and conservation are captured here. Here you can see the history of human concern for nature, the history of maintaining a connection with the earth and finding hope for the future. "

Obverse: In the center of the coin there is a portrait of President George Washington left (shown in a restored version of the original portrait used since 1932 on coin-quarters). Above, in a semicircle, the name of the issuing country: UNITED STATES OF AMERICA, below in a semicircle is written the denomination of the coin - QUARTER DOLLAR. To the left of the portrait the word LIBERTY (FREEDOM) is minted, to the right in several lines - IN GOD WE TRUST (WE BELIEVE IN GOD) and the letter of the mint.

Reverse: In the center of the field of the coin, a young girl is depicted completing the planting of a European spruce seedling next to a rooted tree, continuing the forest's life cycle. The child represents a nature conservationist striving to preserve the forest for the future generation, the inscription “LAND STEWARDSHIP” is also minted here. The initials of the designer and sculptor of the reverse are also indicated here. On the left edge of the coin is minted the name of the state in which the park is located: "VERMONT", on the right - the US motto: "E PLURIBUS UNUM". At the top, the name of the national park is minted in a semicircle: "MARSH-BILLINGS-ROCKEFELLER". The year of minting is indicated at the bottom of the coin: "2020".