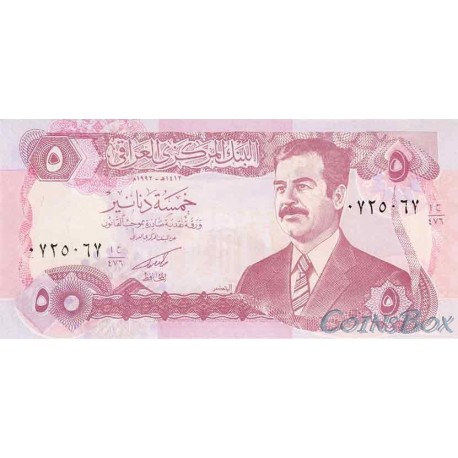 Reverse: Hammurabi in conversation with the sun god Shamash and Monument to the Unknown Soldier in Baghdad.

Series and number may vary.