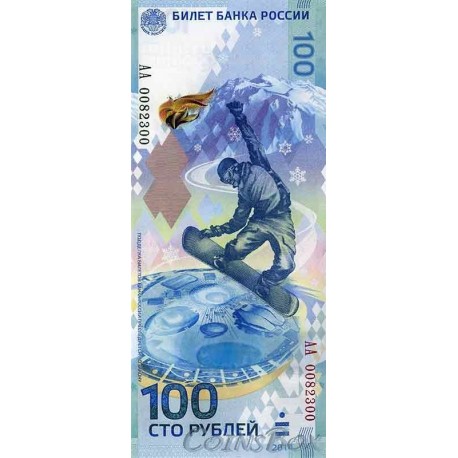 Anniversary bill issued to the Winter Olympics in Sochi in 2014.

The note made on white paper of high quality cotton. Protective transparent polymer tape is introduced into paper to form transparent window comprising an optically variable element in the form of snowflakes. Filigree watermark located in the upper part of the banknote.

The note has a vertical ornamental and decoration.

Main image the front side - the figure of the snowboarder, the Olympic facilities of the coastal cluster in Sochi.

Main image of the reverse side - the Olympic Stadium "Fischt" in Sochi.

Series and number may vary.