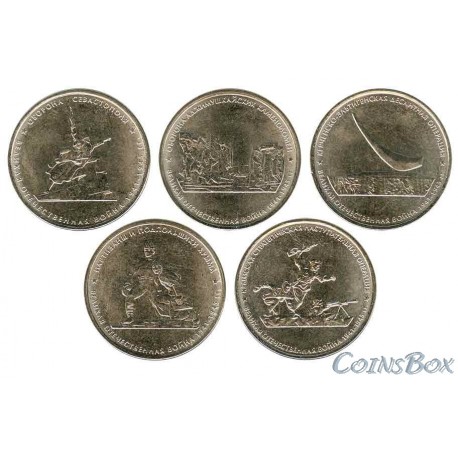 5 rubles 2015. A set of 5 commemorative coins dedicated to the heroism of Soviet soldiers who fought in the Crimea during the Second World War - 70 Years of Victory.

The set consists of coins: