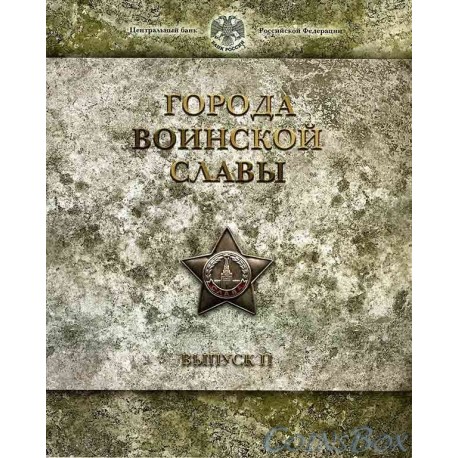 Also in the set is a token dedicated to the Mint.

In 2012, the Central Bank of the Russian Federation continued to mint a series of coins dedicated to the Cities of Military Glory. The series refers to commemorative non-precious coins. The nominal value of all coins is 10 rubles. Coins are made of steel with a brass plated coating. According to the manufacturing technology, material, size and weight, these commemorative coins are similar to the 10-ruble coins of the regular coinage that appeared in 2009