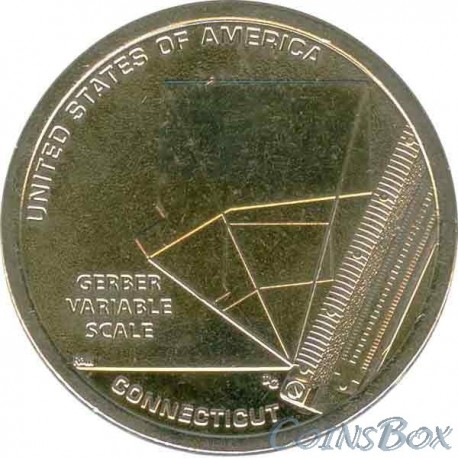 Heinz Joseph Gerber (1924–1996) invented the device while studying aeronautical engineering at the Rensselaer Polytechnic in 1945, a few years after he fled Nazi-controlled Austria with his mother.
The earliest version of the Gerber Variable Scale was made from elastic tape removed from pajama pants. Gerber was the first to create a scale that could bend, expand, contract, and also rotate around an angle. Due to its ease of use and speed of calculation, the Gerber variable scale was a huge success. By the 1950s, it had become a universally accepted tool for engineers and architects around the world.

Four new one-dollar coins with distinctive reversible designs will be issued in 4 pieces each year from 2019 to 2032 in the order in which the States ratified the United States Constitution or were admitted to the Union. Following the issuance of coins for each state, coins for the District of Columbia and the Territories will be issued.