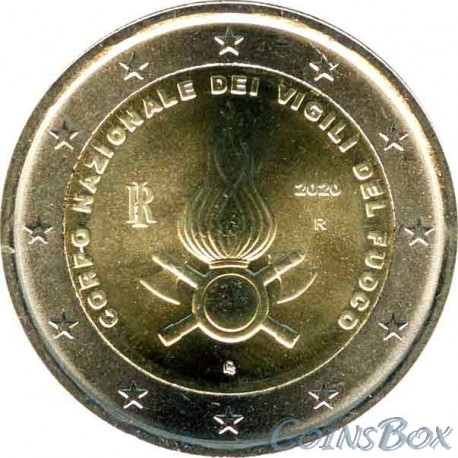 The National Fire Corps (it. Corpo Nazionale dei Vigili del Fuoco, CNVVF) is the fire and rescue service of Italy. It is a part of the Department of Firefighters, Public Rescuers and Civil Defense of Italy (it. Dipartimento dei Vigili del Fuoco, del Soccorso Pubblico e della Difesa Civile) of the Italian Ministry of the Interior. The task of the corps is to ensure the safety of people, animals and property, as well as to provide technical assistance to industrial enterprises. The Corps also provides public safety in emergencies such as chemical, bacteriological, radiological and nuclear attacks.

The department consists of eight central directorates, 18 regional offices and one hundred provincial commands, with approximately 80 stations across the country.

Immediately after the unification of Italy, local fire brigades began to form in various regions of the country. In the 1860s, there was no organized fire brigade in many municipalities and entire regions of the Apennine Peninsula.

Obverse: The inner disk depicts the logo of the National Fire Corps. To the left of it is the designation of the issuing state (abbreviation "RI"). On the right - the year of issue of the coin "2020", below - on the right - the mint designation (letter "R"). The inscription above along the edge of the disc "CORPO NAZIONALE DEI VIGILI DEL FUOCO". Below is engraved the signature of the coin designer (initials "LDS").

Around the outer ring are 12 stars of the European Union.

Reverse: the map of Europe is located on the right side. There are six vertical lines in the background of the map. There are 12 stars at the ends of these lines. To the left of the card there is a numeric denomination. On the map itself there is a horizontal inscription “EURO”.