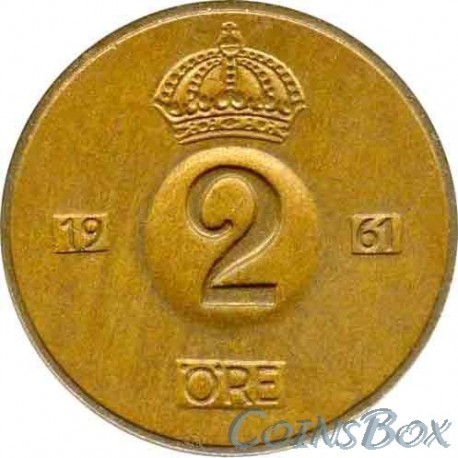 Reverse: denomination is indicated - 2 ÖRE, the denomination figure is located in a circular recess in the center of the coin, the year of coin minting is indicated on the sides of the figure. A crown is placed above the deuce. Complete legend of the reverse: 2 ÖRE 1961.