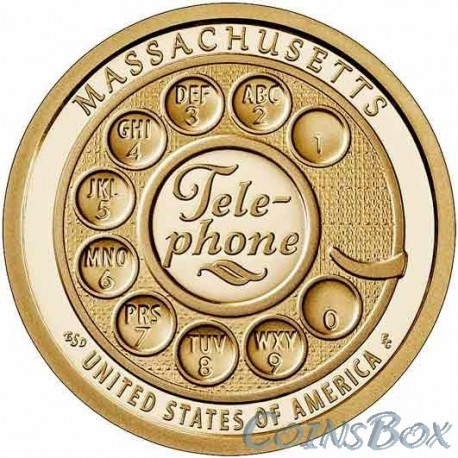 The seventh American Innovative 1 dollar coin in this series, representing Massachusetts, One of the first rotary dials.

$ 1 is dedicated to the telephone and its inventor, Alexander Graham Bell. The scientist patented the invention in 1876, being a resident of the city of Boston (capital of Massachusetts).

Reverse: one of the first known dials of a rotary telephone is located. In the center there is an inscription "Tele-phone", below they indicate "United States of America". At the top of the circle is "MASSACHUSETTS". Artists - Emily Damstra (design) and Eric David Custer (sculptor).