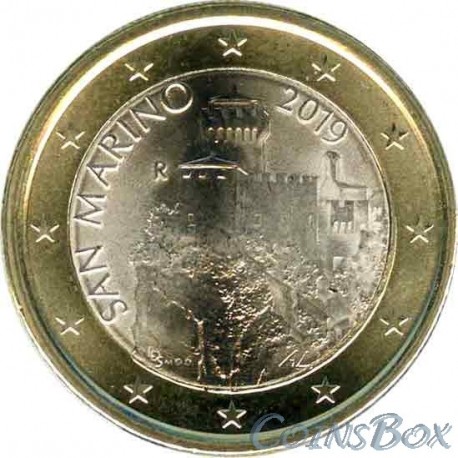 The legendary foundation of San Marino dates back to the beginning of the IV century. According to legend, in 301, a member of one of the first Christian communities from the island of Rab in the Adriatic Sea (the territory of modern Croatia), stone quarry Marino and his friends found refuge in the Apennines, on top of Monte Titano. He opened the quarry in the mountain, and then, seeking solitude, he built himself a small cell on top of it and withdrew from the world. The glory of his holy life attracted crowds of worshipers to him, and soon a small monastery was formed near his cell. This monastery, named for its founder, Saint Marina, undoubtedly existed already at the end of the 6th century and lived an independent life, independent of any politician from any of the neighbors. Formally, San Marino is considered an independent state since September 3, 301. In fact, it is possible to speak about any independence of the established settlement only since the VI century, when Italy broke up into many dependent and independent territories. In the first centuries of its existence, San Marino was under the protectorate of the neighboring duchy of Urbino, but in 855 it gained independence. Heads of state, by tradition, are two captains-regent (Italy, Capitani Reggenti), elected for six months.

San Marino is often called the oldest republic of the planet. October 8, 1600 adopted the constitution. In 2000, San Marino adopted a new law on citizenship, which banned the transfer of citizenship through the women's line.

Obverse: In the center there is an image of the Chest tower, on the left is the name of the issuing state "SAN MARINO" and the sign of the mint "R", on the right is the year of issue of the coin. On the outer ring 12 stars of the European Union.

La Cesta or Fratta or Second-Torre (Italy La Cesta, Fratta, Seconda Torre) is one of the three towers of San Marino, located on the top of Mount Titano (755 m).

In translation from Italian stands for the Second Tower. First mentioned in documents in 1253. In 1320 the tower entered the complex of the second defensive wall of the city. In the 16th century, a modern gate to the tower was built, rebuilt in 1596.

Despite numerous changes, the tower as a whole retains its original medieval appearance. In 1924 it was restored.

Since 1956 in the tower is located the Museum of ancient weapons, containing in its exposition about 700 samples of armor, cold and firearms of different time.

Along with the towers, Guaita and Montale are depicted on the coat of arms and the flag of San Marino.