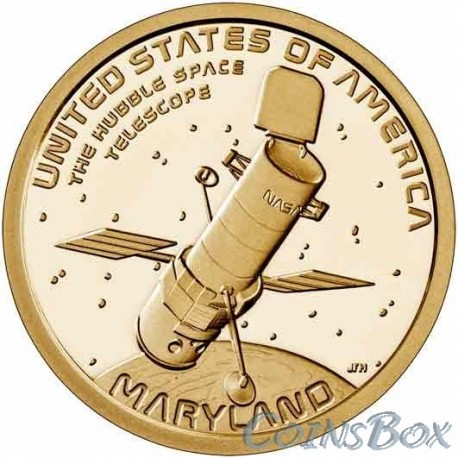 Situated above the distortion of the earth's atmosphere, Hubble has an unobstructed view of the universe. Its four main instruments are observed in the ultraviolet, visible and near infrared regions of the electromagnetic spectrum.

The data transmitted by Hubble helped to clarify the age of the universe, trace the growth of galaxies, identify planets outside our solar system, study planets within our solar system, identify black holes, observe the birth and death of stars, and many other scientific discoveries.

Reverse: depicts a telescope orbiting the Earth surrounded by a star field.