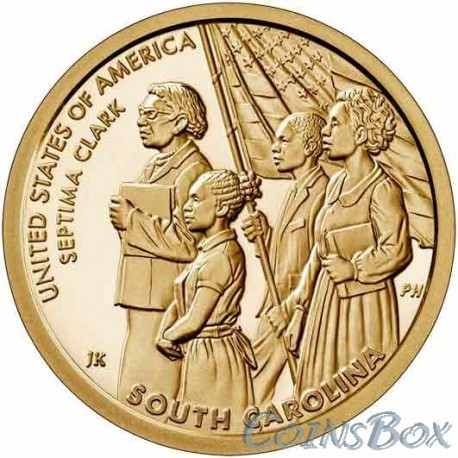 Born in Charleston, South Carolina in 1898, Septima Clark pioneered the link between education and political organization during the Civil Rights movement. Youth activists and civil rights organizations called her "the mother of conscience," and Dr. Martin Luther King, Jr., the "mother of the movement."

This initiative spread and was ultimately adopted by the Southern Christian Leaders' Conference, where Clarke became the tutor and worked closely with the leaders of the Civil Rights movement.